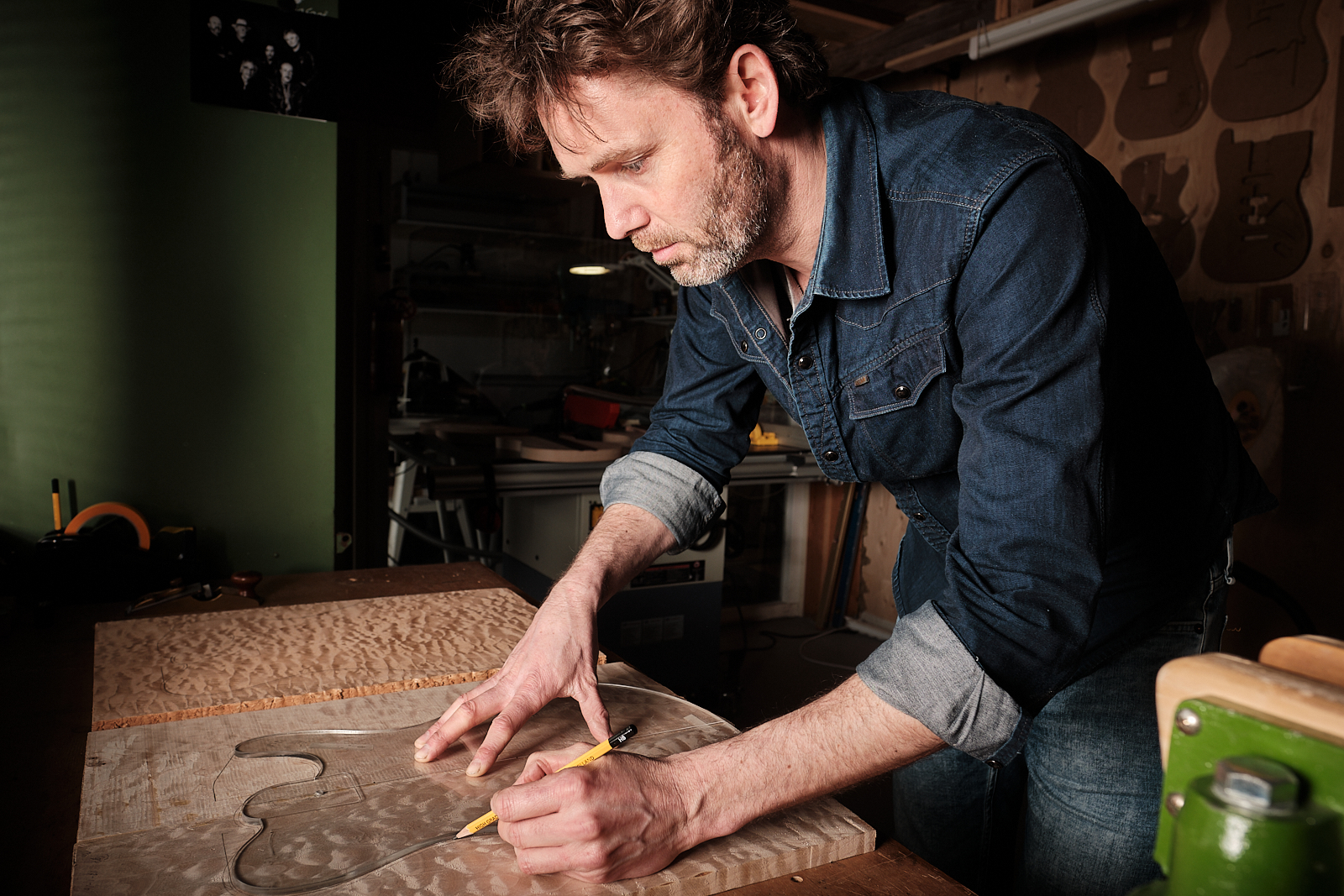 The Luthier and Owner

My name is Theo Nijssen (pronounce “Nicen” as in nice) and I build my own designed solid electric guitars. Apart from my life as a luthier, I like to enjoy the country side and beaches at the area where I live with my wife and two kids. And if the wind is good and there is some spare time left, I like to go kitesurfing. That’s where I got the inspiration of the names of my guitars; water, surfing and Dutch Islands.

The love for the guitar started when I was 11 years old, when I got my first lessons on a small acoustic guitar. The first electric guitar that I took apart was at the age of 16, to improve the playability of my brand new Telecaster. At that time I didn’t really know how to setup the guitar, but the quest and search for it had begun. From the age of 17 till 21 I started to learn fine metal works as a goldsmith, hand engraving and watch making at the Jewelers education in Schoonhoven the Netherlands. Combining those skills later on in my life as a luthier, played a big part of how I work today, especially my fret work, inlays and guitar setups.

After a sabbatical year in 2012, when I was in between jobs, I’ve started to follow workshops for guitar building, setups and repairs from master luthier Pierre Fillet in the Netherlands. In 2013 my new job was born; I’ve founded Nijssen Guitars doing repairs and building guitars on a fulltime basis. In that first year I had the honor to do a complete overhaul of dutch guitarist Eelco Gelling’s original 1960 Gibson Les Paul and made it on the cover of “Gitarist” magazine with 4 pages interview . More than 10.000 hours of fret leveling and studying the construction of the instrument since then, prepared me for the next step; A bigger workshop with the facilities to build and work on more guitars. 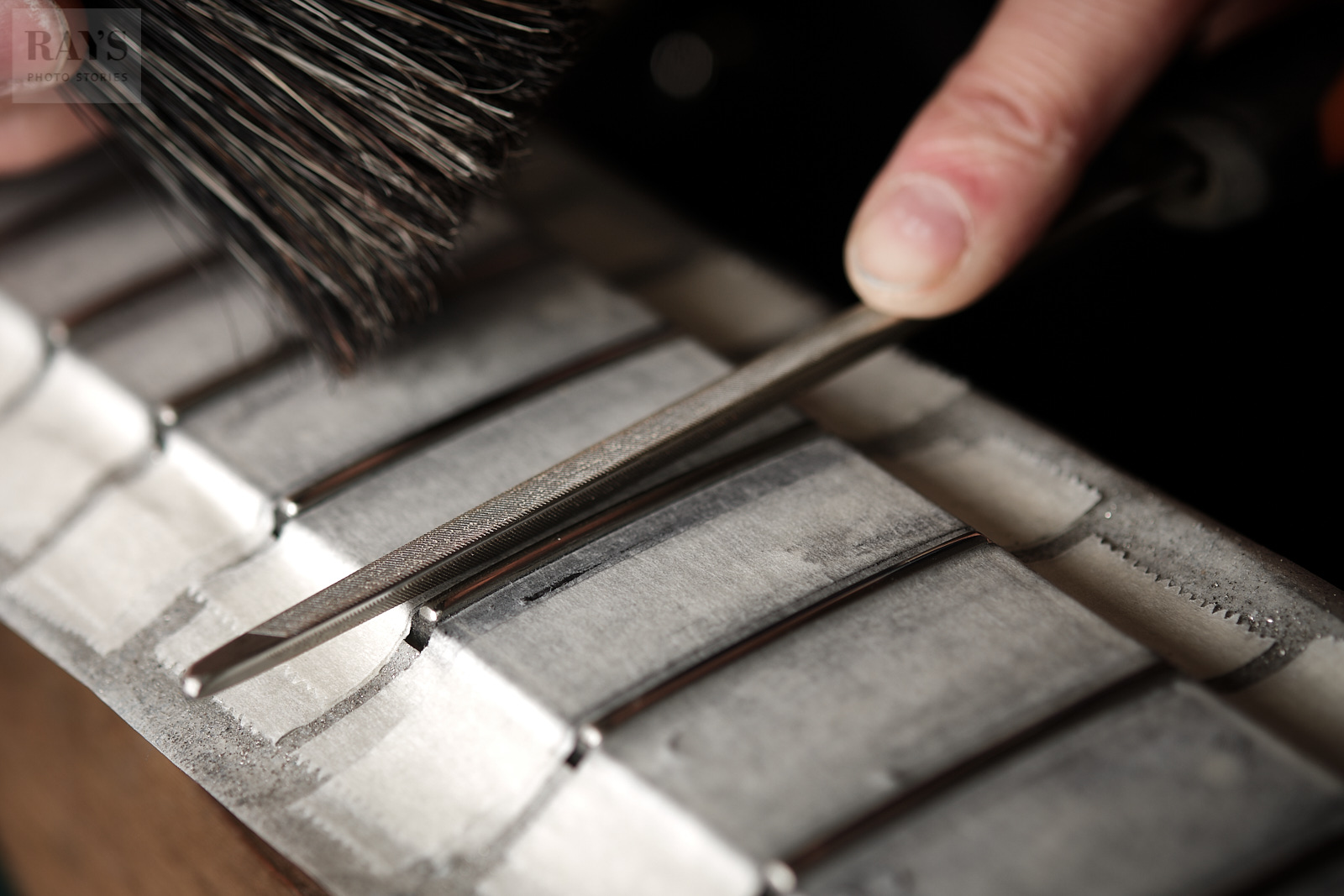